You are here: Home / All Resources / A Founder Creates the Fitness App She Needed 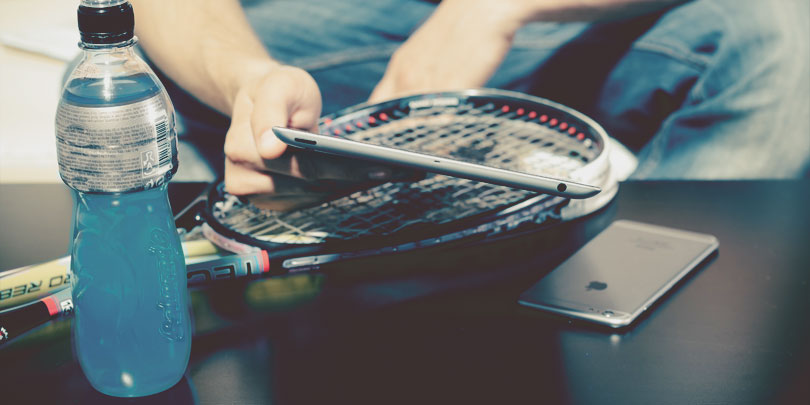 After graduating from college in 2013, fitness fanatic Tiffany Hakimianpour found her work schedule made it increasingly difficult to get to the gym. When she nonetheless managed to fit in workouts with a trainer, she learned the personal training industry operated in the Dark Ages. That experience gave her the idea for Handstand, an app that connects personal trainers with clients for workouts — including boxing, yoga, and toning — at the time and place of their choice. The company, which launched in 2015 and has secured $1 million in funding, operates in Los Angeles, Boston, and New York. Ms. Hakimianpour is looking forward to expanding into 10 U.S. markets in the first quarter or 2017, and internationally thanks to a marketing partnership with Reebok that was announced this fall.

Handstand is based in the Santa Monica, California offices of tech incubator Science Inc. Other Science portfolio companies include Dollar Shave Club and DogVacay. Recently, I spoke with Ms. Hakimianpour about her experiences as a founder. She shared thoughts on learning to draw boundaries, hiring challenges, and being mistaken for a customer service representative.

Q: What made the personal training industry ripe for disruption?

Ms. Hakimianpour: When I decided to work with a trainer, it involved sitting down with the personal training manager for an hour, committing and planning out three months of training, paying for a gym membership–and the training, and being unable to even choose or meet my trainer beforehand. The process was incredibly rigid and expensive. On top of that, I learned the trainer was making about $20 for the sessions that cost me around $150 an hour. That upset me because the trainer was the one responsible for my results.

Q: How did you figure out how to address these problems?

Ms. Hakimianpour: At the time, I was working in sales for a tech startup, which was a marketplace for creatives. The idea clicked when I was selling on the phone and I realized I could create the same thing – a marketplace – but for trainers.

Q: What first steps did you take to implement that idea?

Ms. Hakimianpour: There’s so much information on the web–I just Googled. I worked on my business plan, pitch deck, and financial plan for a week after work and then I quit the startup. I got a website up and starting testing it. You can do that overnight, using services like Squarespace. Once I had all that, plus some data that showed how many trainers and users were signing up, I pitched the idea to a few investors, and then to Mike Jones at Science.

Q: Why did you decide to apply to Science?

Ms. Hakimianpour: Something like 90 percent of startups fail, so it makes sense to attach yourself to people who’ve done it before, narrowing your chances of failure. Smart leaders can also open doors for you – things money can’t buy. I think almost every first-time entrepreneur could benefit from advice and help from people who have done it before, failed, and won.

Q: What have been your biggest challenges as a founder?

Ms. Hakimianpour: Handstand was just me and two rock star engineers for the first year and half. As a founder you’re wearing 10 hats! I was doing customer service, pitching investors, finding trainers, and trying to apply the knowledge I gathered to the technology side of the business.

Q: What do you look for in an employee?

Ms. Hakimianpour: I look for smart people who are quick on their feet and don’t need hand-holding. The ability to communicate properly is also critical.

Q: How can you tell whether a job applicant has all those qualities and skills?

Ms. Hakimianpour: It takes time and some mistakes. I just had five or six interviews for a position, and I don’t think any candidate was the right fit so I didn’t hire any of them.

Q: Tell me about your partnership with Reebok?

Ms. Hakimianpour: Reebok, along with some angel investors and Science, invested $1 million in Handstand’s seed round.

Q: How did you connect with Reebok?

Ms. Hakimianpour: Through an introduction by Peter Pham at Science.

Q: What’s next for Handstand?

Ms. Hakimianpour: I want to Handstand become the go-to platform for personal fitness of any kind – in the gym or outside of it. We’re working on expanding this vision our markets.

Q: Do you any advice for would-be entrepreneurs?

Ms. Hakimianpour: Focus and surround yourself with people smarter than you. Starting a company is not a part-time job, nor is it a breeze. But it’s well worth it.