You are here: Home / All Resources / The SEC Addresses Initial Coin Offerings 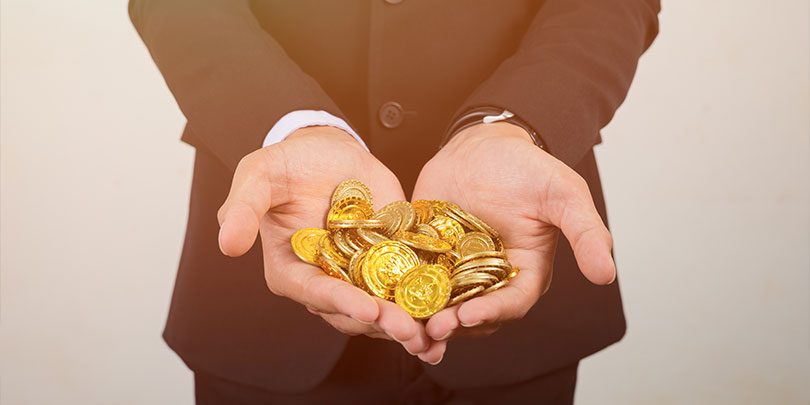 On July 25, 2017, the Securities and Exchange Commission (SEC) issued a Report of Investigation pursuant to Section 21(a) of the Securities Exchange Act of 1934 (Report) [1] and an Investor Bulletin: Initial Coin Offerings (Bulletin) [2] finally weighing in on whether virtual coins or digital tokens created and disseminated using distributed ledger or blockchain technology may be “securities” under the federal securities laws.

The answer? Maybe, depending on the facts and circumstances.

Virtual Currencies, Initial Coin Offerings, and Tokens – What are They?

Recently, the sale of blockchain-based tokens through initial coin offerings (ICOs) has become an increasingly popular financing technique used by companies to raise capital to fund the development of a digital platform, software, or other project. The sale of such tokens through ICOs has been made possible through the rapid popularization of blockchain technology, the cryptographically-secured, distributed ledger that underpins virtual currencies such as bitcoin and ethereum.

Tokens purchased through an ICO may be used to, among other things, access the platform, use the software, or otherwise participate in the project. Other tokens may function to confer certain rights on the token holder, such as ownership rights, the right to share in a portion of the organization’s profits, or the right to vote on how the organization should conduct itself.

Tokens are generally fungible. After their issuance they may be sent to other persons in a manner similar to the way ether is transacted between users. Leveraging the same benefits of blockchain technology enjoyed by other virtual currencies, token transactions are recorded on the blockchain, which, through the power of complex mathematics and cryptography, functions as a reliable transaction ledger with verifiably accurate entries.

As a result of the infrastructure described above, the use of virtual coins and digital tokens is becoming a popular method to exchange and store value, manage and exercise ownership rights, and administrate other functions. However, depending on the specific attributes of a given token, it may be considered a security under U.S. law, and therefore subject the issuer to applicable laws and regulations.

Investment Contracts are Securities. Under the federal securities laws, a security is defined to include not only the typical types of instruments that everyone understands to be a security (e.g., stocks, bonds, notes, etc.), but also “investment contracts.” [3] In the seminal case of SEC v. W.J. Howey [4], the Supreme Court defined an investment contract as:

The SEC will apply this test to determine whether virtual coin or digital token offerings involve the offer and sale of securities subject to the federal securities laws. The first three prongs of the test generally are easy to apply, especially when the marketing materials or white papers for the offering espouse the benefits of investing in the tokens. However, applying the fourth prong of this test can be problematic and will depend significantly on the specific facts and circumstances of the offering, the function of the token, and the operation of the underlying enterprise.