You are here: Home / All Resources / Jobs Act Revamped by Fast Act 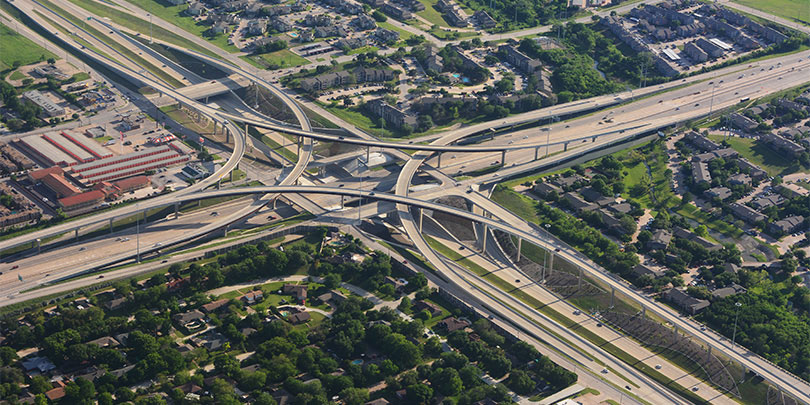 The Jumpstart Our Business Startup Act of 2012 (the “JOBS Act”) was enacted on April 5, 2012 in an effort to make it easier for certain emerging growth companies (EGCs), generally defined as companies with annual gross revenues of less than $1 billion during their most recent fiscal year, to pursue initial public offerings (IPOs), while also making it easier for companies to raise capital in private offerings and stay privately-held longer. The JOBS Act’s overall goal was to enhance access to the capital markets while reducing the costs to raise such capital and, as a result, enable companies to obtain the funds necessary to expand their businesses and, in turn, hire additional employees.

Specifically, the JOBS Act significantly eased the IPO process for EGCs by, among other things: (1) allowing EGCs to test the waters to determine if there was adequate interest in an investment in the company before filing a registration statement with the Securities and Exchange Commission (SEC) and providing a pre-filing confidential review by the SEC staff of the proposed registration statement, (2) scaling back certain disclosure obligations of EGCs, and (3) phasing in compliance with certain corporate governance provisions of the Sarbanes Oxley Act of 2002.

In addition to easing the burden on EGCs to engage in IPOs and become public companies, the JOBS Act added provisions designed to enhance companies’ ability to raise funds through transactions that are exempt from registration under the Securities Act. In particular, the JOBS Act: (a) eliminated the prohibition against general solicitation or general advertising in connection with certain private offerings under Rule 506 of Regulation D, (b) adopted a crowdfunding exemption from registration (which takes effect May 16, 2016 under the SEC implementing rules), and (c) increased the thresholds to conduct offerings of up to $50 million under Regulation A.

The JOBS Act also increased the minimum thresholds that trigger the registration requirements under the Securities Exchange Act of 1934 (“Exchange Act”) and, as a result, provided more flexibility for companies to avoid such registration.

However, just three and one half years after enactment, Congress determined that the JOBS Act needed updating. Consequently, as a part of the Fixing America’s Surface Transportation Act (the “FAST Act”), which became law on December 4, 2015,  Congress updated the JOBS Act in five primary ways: (1) reducing further the burdens on EGCs to pursue IPOs; (2) revising the Form S-1 registration statement to make it easier for smaller reporting companies to use, (3) establishing a new private resale exemption from registration;  (4) requiring the SEC review and make recommendations on the modernization and simplification of disclosure requirements under Regulation S-K; and (5) revising the Exchange Act to clarify that the registration thresholds established for bank holding companies apply to savings and loan holding companies.

With the exception of the changes to Form S-1 and the review of Regulation S-K to be undertaken by the SEC, these FAST Act provisions are self-executing. In response to the enactment of the FAST Act, the SEC’s Division of Corporation Finance (the “Division”) issued an announcement on December 10, 2015 containing certain of its views on the application of the FAST Act under certain situations (the “Announcement”), issued and updated certain of its interpretative guidance on December 21, 2015 (“Interpretative Guidance”), and on January 13, 2016 adopted interim rules implementing the mandated changes to registration statements on Forms S-1 and F-1.

Reduced Burdens For IPOs of EGCs

The FAST Act amended the JOBS Act to provide EGCs with additional flexibility to raise capital in three primary ways:

Additionally, on December 21, 2015, as part of its Interpretative Guidance, the Division issued two interpretations:

These statutory changes were effective upon enactment of the FAST Act.

The FAST Act seeks to reduce the costs for smaller reporting companies (SRCs) using the Form S-1 registration statement (which is the primary form used by SRCs for IPOs and resales by selling securities holders) by permitting SRCs to incorporate by reference filings made with the SEC after the date that the registration statement has been declared effective. SRCs generally are companies that have a public float of less than $75 million on the last business day of the company’s second quarter or, if there is no public float, had annual revenues of less than $50 million during the most recently completed fiscal year for which audited financial statements are available.

Notably, the implementation of this provision required rulemaking by the SEC and, on January 13, 2016, the SEC issued interim rules that permit SRCs to use the incorporation by reference of future filings made with the SEC in Form S-1, commencing January 18, 2016.

Securities of a private company acquired in private investment transactions or held by control persons of the private company often are illiquid for a period of time because there is no applicable specific exemption under the Securities Act of 1933 (“Securities Act”) for the resale of securities by securities holders. The primary exemptions under Sections 4(a)(1) [transactions other than by an issuer, underwriter, or dealer] and 4(a)(2) [transactions by an issuer not involving a public offering] of the Securities Act do not provide a specific exemption from registration for resales by private investors.

Under Section 4(a)(1), an investor reselling shares acquired in a private investment transaction (“restricted shares”) may be deemed an “underwriter” if the shares were purchased from the issuer with a view to further distribution. Because this standard relates to a state of mind at the time of purchase, it is difficult for an investor to become comfortable that his or her motives will not be second guessed in hindsight. Although Rule 144 was established as a safe harbor for resales of such shares (and under which the selling shareholder will not be deemed an “underwriter”), this rule establishes a holding period and has other requirements that must be satisfied as a condition to reliance thereupon. Section 4(a)(2), the so-called private placement exemption, is only applicable to issuers and not to selling shareholders.

Prior to FAST Act, a common-law and industry practice was developed whereby private resales of restricted securities were considered exempt from registration so long as the private resales followed the same sales practices used in connection with private placements by issuers pursuant to Section 4(a)(2) of the Securities Act. This was often referred to as the “Section 4(a)(1½) Exemption.”

Section 4(a)(7) provides that private resales of restricted securities will be exempt from registration if the following specific requirements are met:

By meeting the above described criteria and certain other requirements, the securities will be considered “covered securities” under Section 18 of the Securities Act, and will be exempt from registration under state blue sky regulations. However, securities sold under Section 4(a)(7) exemption will be deemed restricted securities within the meaning of Rule 144.

This statutory exemption from registration may be useful for holders of restricted shares and affiliates of the issuer holding shares (“control shares”) who: (1) wish to sell the shares before the expiration of the holding period set forth in Rule 144, and (2) are affiliates and want to sell shares in excess of the 1 percent limitations of Rule 144. Although this exemption is available for resale of shares issued by either public or privately-held companies, it may be more difficult to use if the issuer is not a reporting company because the seller will need the issuer’s cooperation to provide the required information to the purchasers.

These provisions were effective upon enactment of the FAST Act.

Building on the JOBS Act mandate that the SEC undertake a study to simplify and modernize the disclosure requirements of Regulation S-K, the FAST Act requires the SEC to revise Regulation S-K as follows by June 1, 2016:

The FAST Act also requires the SEC to conduct a study to assess the requirements contained in Regulation S-K, with the goal of: (1) determining how to best modernize and simplify such requirements in a manner that reduces costs and burdens on issuers while still providing all material information, (2) emphasizing a company by company approach that allows relevant and material information to be disclosed to investigators without boilerplate language or static requirements while preserving completeness and comparability of information across registrants, and (3) evaluating methods of information delivery and presentation, and exploring methods for discouraging repetition and disclosure of immaterial information.

In response to the enactment of these amendments, the Division issued an Interpretative Guidance which provides that:

These amendments were effective upon enactment of the FAST Act.

Nikul is a law clerk at Carlton Fields in Atlanta.