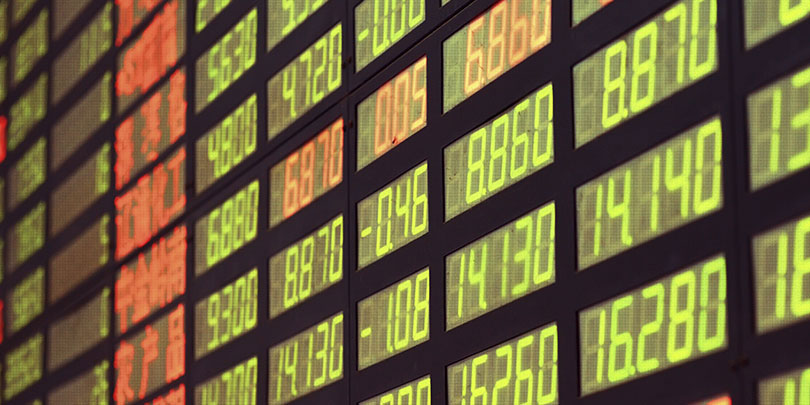 Theranos, Inc. is a privately held life sciences company that touted how its proprietary technology allowed pharmacies to run highly accurate tests from just a few drops of blood.  According to the complaint, beginning in 2013 the company engaged in an extensive advertising campaign, raised over $700 million from private individual and fund investors, and won a significant contract with Walgreens.

Plaintiffs made their investments in Theranos indirectly, by buying security interests in investment funds that were set up for the sole purpose of making a direct investment in Theranos shares. In October 2015, the Wall Street Journal published an article questioning the viability of Theranos’ technology. By July 2016, the Center for Medicare and Medicaid Services imposed significant sanctions on Theranos and, by that fall, Walgreens had sued Theranos for breach of contract.

Alleging that their investments were now worthless, plaintiffs brought an action for securities fraud under the California Corporations Code and the common law on behalf of all individuals and entities who directly or indirectly purchased Theranos securities. Plaintiffs sued the company, its founder and CEO Elizabeth Holmes, and its former president and chief operating officer Ramesh Balwani. Defendants moved to dismiss.

Defendants argued that plaintiffs could not bring a cause of action under California Corporation Code section 25400(d) and 25500, which together provide a private right of action for false or misleading statements made to induce the purchase or sale of a security, because plaintiffs did not purchase securities directly from Theranos.

In an April 18, 2017 opinion, U.S. Magistrate Judge Nathanael M. Cousins denied the motion in this respect, holding that “the purpose of Section 25400(d) is [to] prevent the manipulation of the market by fraud, and it focuses on the actions of the seller of the securities, not the relationship between the seller and buyer.” Further, the court explained that neither section requires plaintiffs to prove reliance on defendants’ misrepresentations.  However, the court did acknowledge that the reach of these provisions are not unlimited and that the plaintiffs still must prove the defendants’ intent to induce the purchase of securities through the misleading statements.  As a result, this would limit a cause of action to purchasers who are reasonably foreseeable.

The court further stated that liability is not limited to the corporate entity but extends to “any person who makes false or misleading statements.” Thus, Theranos’ corporate officers alleged to have made misleading statements on behalf of the company for the purpose of inducing purchases of Theranos stock were held to be proper defendants.

In ruling on other portions of the motion, the court dismissed the count under Sections 25401 and 25501 which extends liability to certain negligent conduct because those provisions, in contrast to 25400(d) and 25500, focus on the relationship between the parties and by their terms required privity between seller defendant and purchaser plaintiff. The court refused to dismiss the remaining fraud counts, holding that reliance was adequately alleged because the complaint stated that each plaintiff relied  on newspaper articles quoting Theranos’ officers that “were part of the advertising campaign touting Theranos’ technology.”

The decision has significant implications for growing private companies in the technology sector in California, many of which reside in Silicon Valley or Silicon Beach or seek to raise funds in those areas.

The named plaintiffs each invested in an intermediary that was specially-built for the investment in Theranos, and the intermediary itself held the securities. This arrangement has become common for California late-stage private companies, particularly in the technology industry. This decision should caution issuers and their counsel in pre-IPO offerings to consider taking steps to limit the reasonably foreseeable purchasers  by better reflecting and enforcing  the transfer restrictions on the shares. Additionally, the issuer should take additional steps to inform the investing intermediaries that any further sale or securitization of these shares are prohibited and will be null and void.

Intermediaries themselves should also proceed with caution. The court addressed this as a postscript, requiring additional briefing on the subject of whether adding the intermediaries as “necessary parties” under Rule 19 would disturb venue.

Lastly, it is surprising how little analysis was given to the alleged false statements. The securities laws typically distinguish between corporate advertising to consumers and statements intended to solicit an investment. In this case, the basis for the alleged false statements was the “advertising campaign,” which could have been interpreted as designed to persuade consumers to use Theranos’ products and to win additional wholesale business through new contracts with pharmacies, rather than to solicit investments. But the court accepted plaintiffs’ allegations that statements made in the advertising campaign were for the purpose of raising capital. Late-stage private companies should consider carefully reviewing any advertising and related marketing efforts taking place within a reasonable period of time in advance of any anticipated capital raise with a view to limiting unnecessary hyperbole and any reference to the value of the company or its securities.  Further, private companies also should consider  including appropriate cautionary language and disclaimers on their advertising.

Ricardo is an Associate at Carlton Fields in Los Angeles, California.