You are here: Home / All Resources / How to Choose the Right Entertainment Industry Work Visa 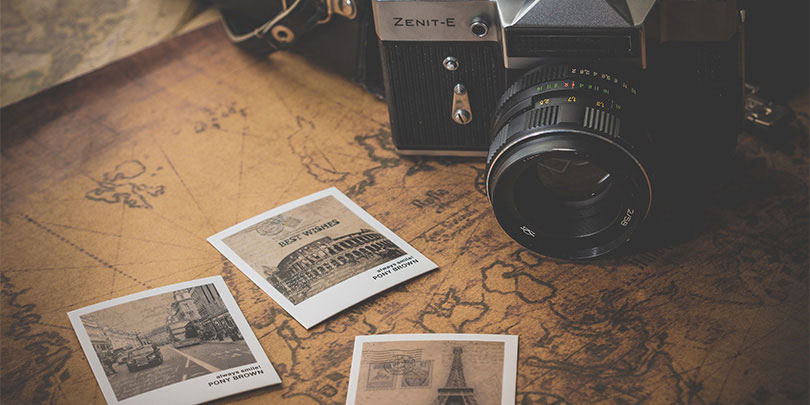 As smartphone recording capabilities and the popularity of social media help entertainers reach wider audiences around the world, entertainers who wish to come to the United States to perform are, paradoxically, finding it increasingly difficult to meet stringent U.S. immigration requirements for temporary work visas. This makes it more important than ever to review the varied U.S. work visas in place for foreign talent, including crew members, writers, producers, editors, directors, makeup artists and costumers. It is also critical to understand the visa-approval process of the United States Citizenship and Immigration Services, the government agency responsible for reviewing work visa petitions; and the visa-stamping procedures of the overseas U.S. consulates, which dictate when visas will be issued to foreign entertainers seeking to enter the United States to entertain.

First, note that U.S. immigration rules make distinctions based on the media industry professional’s work purpose for entering the United States and the nature of their employer’s business. So, as discussed below, it is important to review the activities to be performed in the United States and assess the applicant’s employer or sponsor before applying for the work visa.

I Visa for Foreign Media Representatives

Permissible Activities for I Visa Applicants

The I visa is a temporary, nonimmigrant visa for print, radio, Internet and television journalists coming to the United States solely to work on news-gathering processes, (i.e., news shoots, informational or educational documentaries) with no intention of remaining indefinitely in the United States. Members of foreign production teams essential to the foreign media function, such as photojournalists, reporters, editors, film or technical crew, directors, producers and presenters also qualify for the I visa. Those indirectly involved in the news gathering function, like proofreaders, librarians or set designers, do not qualify for the I visa.

Typically, the I visa applicant must be engaged to work for a media organization based in a foreign country. Reporting on sports events qualifies as a “news gathering” activity pursuant to the I visa rules. Independent journalists under contract with a foreign media outlet coming to the United States to work on informational or news activities qualify for the I visa, as do foreign journalists of an American network, newspaper or other media outlet coming to the United States to report on news for a foreign audience.

Additionally, accredited representatives of tourist bureaus that are controlled, operated or subsidized completely or partly by a foreign government who come to the United States to disseminate factual tourist information about that country qualify for an I visa. Employees or accredited representatives of foreign trade promotional missions are not engaged in news reporting functions and so are not qualified for an I visa.

Finally, freelance media workers with a credential issued by a professional journalism organization who also have a contract with that organization to report on news abroad qualify for an I visa. In addition, I visas are available to employees in the U.S. offices of organizations that distribute technical industrial information.

I visas are issued for as little as six months, or for as long as the foreign media outlet can provide evidence of the news project’s duration. I visas cannot be used to take up U.S. residency. Further, I visas are company-specific, and do not allow their holders to perform freelance work while in the United States.

Impermissible Activities for I Visa Applicants

The I visa should not be used for those entering the United States to produce, make or report on commercial or entertainment programming that includes reality entertainment shows, scripted or contrived programs, the filming of staged or recreated events or documentary dramas. Foreign nationals coming to film or produce events for advertising purposes cannot use the I visa. Quiz show production crews are not entitled to the I visa either. Producing artistic media content will not qualify as I visa work and as such, the I visa is unavailable to those engaged in such productions.

The USCIS has several different nonimmigrant visas available to entertainers, production team members, and those considered “essential support” for film or television productions.

O Visa for Entertainers in the Television and Film Industry

U.S. immigration rules allow foreign nationals to come to the United States under an O-1 temporary nonimmigrant work visa if they do so to work in motion picture and television productions; can demonstrate a record of “extraordinary achievement;” have a U.S. employer or sponsor; and if the length of the artistic event (i.e., the film or television production) can be verified. To meet the standard of “extraordinary achievement” in film or television, the person must be outstanding or noted. Typically, the O-1 is issued to accomplished members of a production team, such as the executive producer, lead actor or director. The threshold is high, requiring the applicant to show evidence such as newspaper clippings, awards, major award nominations (e.g., an Emmy or Academy Award), and a work history of prominent productions, commercial success, high salaries and testimonials of their achievements.

An O-2 visa is available to those in motion picture or television production who come to the United States to accompany and assist the O-1, and who are integral parts of the O-1’s actual performance. The O-2 must have skills and experience with the O-1 that are not general in nature and that are critical to the production’s successful completion. Their continuing participation must be essential. U.S. immigration rules recognize that the O-2 is critical because of a pre-existing, long-standing working relationship or, as to the specific production, because significant production (including pre- and post- production work) will occur both inside and outside the United States. As such, O-2 visas are issued to such television or motion picture production crew members. O-2s need not show a supporting role, but must prove they are an essential team member.

The P visa is for internationally recognized nonimmigrants seeking to enter the United States to perform either individually or as part of an entertainment group. Like the O visa, it requires a showing of a U.S. employer or sponsor. Further, the P visa applicant requires a contract detailing the length of the performance or entertainment event. For example, an entertainment event could include an entire performance season. A group of related activities will also be considered an event. The P-1 visa is for performers. The P-2 visa is for individuals who provide essential support — those who are highly skilled, essential personnel; and an integral part of the P-1’s performance because their support services cannot be readily performed by a U.S. worker and are essential to the P-1’s successful performance of services.

The standard of proof is lower than the one used in the O-1 context. Internationally recognized means a high level of achievement in a field as evidenced by a degree of skill and recognition substantially above what is ordinarily encountered, to the extent such achievement is renowned, leading or well-known in more than one country.

To ensure a timely and successful outcome, it is always wise to consult an immigration attorney experienced in working with these visa types.